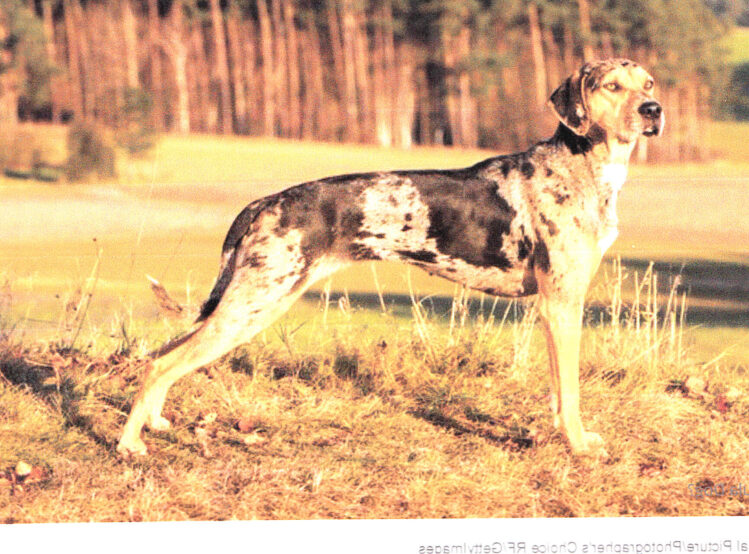 THE CATAHOULA A VERY SPECIAL AND UNIQUE DOG 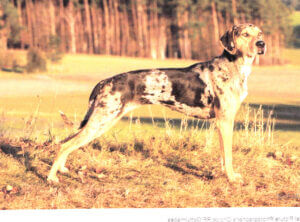 WHAT IS A CATAHOULA?

A DOG THAT COMES IN MANY COLORS

Catahoulas have a striking appearance.  The dog typically comes in a wild combination of two to five colors that appear in random patches and spots on their short coats,  hence the  “leopard”  moniker.   Some say that if the famous artist Jackson Pollock created a dog painting,  it would look like a Catahoula.

Catahoulas have incredible eye colors – – brown,  green,  blue,  or amber,  and it’s not uncommon to see a Catahoula with two different eye colors,  called  “cracked eyes.”   A cracked eye has two different colors in it.  Each eye may be half one color and half another color.

THE ORIGIN OF THE CATAHOULA BREED

In the language of the Choctaw or Taensa Native Americans who lived in what are now the Southeastern states  “Catahoula”  means  “sacred lake.”   It became the name of a parish in Louisiana.  The breed is named after that parish.

It’s thought that the Catahoula breed originated from Nordic wolfhounds,  with a little red wolf and Native American cur dog thrown in.  It’s not known,  however,  exactly how the wolfhounds got over here to America centuries before Columbus.

The  “leopard”  part of their official AKC name comes from their spotted coats.  They also come in a few solid colors,  too:  black,  yellow,  red,  and chocolate.   However,  a wild combination of colors is the most popular.  It is,  after all,  what sets them apart from any other breed.

I HAVE TO HAVE A JOB!

The Catahoula is a working dog.  They’ve been bred to hunt wild pigs,  and they used to herd cattle.  The Louisiana swamps are no problem for the Catahoula’s due to their webbed feet making them an excellent swimmer.

Catahoulas need plenty of room to run and lots of stimulation.  They can be trained for a variety of jobs and work very well in teams.   If you want to own a Catahoula,  you’d better have a job description ready for him because he’ll be raring to go.

BUT I DON’T HAVE ANYTHING TO HERD

Catahoulas are not meant for an apartment.  They’re most compatible with owners who are very active and include their dogs in their activities.   Take your Catahoula hiking often,  or better yet,  join a local agility club.

Dog agility sports are rapidly growing in the United States and perfect for a Catahoula.  It’s fantastic exercise for you and your dog.   Through boy language and cues,  you’ll guide your dog through a timed obstacle course that can include tunnels,  seesaws,  jumps,  and lines of poles.  Local agility organizations love to have new members and will have plenty of resources to help you and your dog learn how to do it.

Catahoulas are intelligent and independent but loyal to their owners and family.  They’re territorial and protective,  so they can be goo watchdogs.  The downside to these qualities is that Catahoulas are not exactly friendly dogs.  They can be cautious and aloof with strangers,  including children they don’t know,  so if you’re out for a walk with a Catahoula and someone asks to pet her,  say no!   While Catahoulas are not known to be aggressive,  they do take their job of protecting you very seriously.  They can be spooked by a stranger’s quick,  unfamiliar movements,  putting them on alert,  not good.

SOCIALIZE YOUR CATAHOULA EARLY IF YOU CAN

Catahoulas do best when they’re socialized while their still young.  The worst thing you can do to a Catahoula puppy,  or any puppy for that matter,  is isolate him.  Let them hang out with the whole family and get accustomed to everyone’s comings and goings.  They considered mature at about two years of age.

A Catahoula needs a dominant owner who understands and practices the role of pack leader.  All dogs have an instinctual need for a leader.   If you don’t assume that role,  they will,  so look out.  This is really important with a Catahoula because of their independent nature.

ON BEING A PACK LEADER

Being aggressive doesn’t necessarily make a good pack leader.   Good pack leaders establish their role calmly and assertively.   A dog’s mother trains her puppies from the time they’re born.   She decides when to feed them,  when and how far they travel,  and when playtime has  gotten too rough.

When you get a puppy,  it’s your responsibility to take over this role and maintain it throughout your dog’s life.  Adult dogs need boundaries and rules,  and they’ll be horrible to live with if they don’t have them.  If you don’t have any experience being a pack leader,  hire the help of a professional dog trainer,  it’s worth it.

These dogs are high in energy and are eager to please.  They will work based on sound and sight,  and they will work hard.  The most important thing in training your Catahoula is consistency.   Don’t correct his behavior one time and not the next time.

You have to remember that they are smart.  Your Catahoula will figure you out before you’ve figured them out.  On the days that you don’t hike or go to agility class,  play with him in the yard.  Play until he’s worn out if you can last that long.

DO CATAHOULAS HAVE HEALTH ISSUES?

All breeds eventually develop congenital health issues,  and the Catahoula is no exception.   As a breed,  they are generally pretty healthy,  but they can be prone to hip dysplasia,  deafness,  and eye problems.

Some Catahoulas are born deaf in one or both ears.  They may also have tunnel vision,  an eye that doesn’t fully open,  or a flaw in their pupil that may affect how well they can see.

SO WHAT DO YOU THINK?

If you think you’re ready to take on a Catahoula,  a good place to start is the National Association of Louisiana Catahoulas.  The organization’s main function is to maintain the registrations of purebred dogs,  but they will also help find the Catahoula that’s right for you.

Don’t be surprised if they ask you a lot o questions about your lifestyle and why you want a Catahoula.  They love their dogs and the breed.  They’d rather talk you out of a Catahoula than put one of their dogs in a home that isn’t right for them.

The NALC also sponsors events in Louisiana and a few other states.  These events may include instinct  (herding)  and obedience trials as well as showmanship and conformation classes. 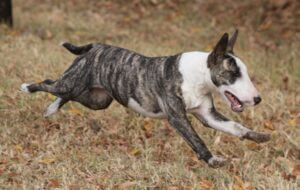 MORE ABOUT THE CATAHOULA LEOPARD DOG

WHAT CAN EASE THE HEAD SCRATCHING OF CANINE OTITIS? 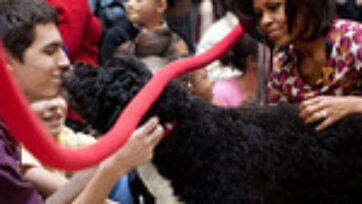 WHAT TO KNOW ABOUT DRUGS FOR DOGS